Why i can't suggest edit

How it will enable again? 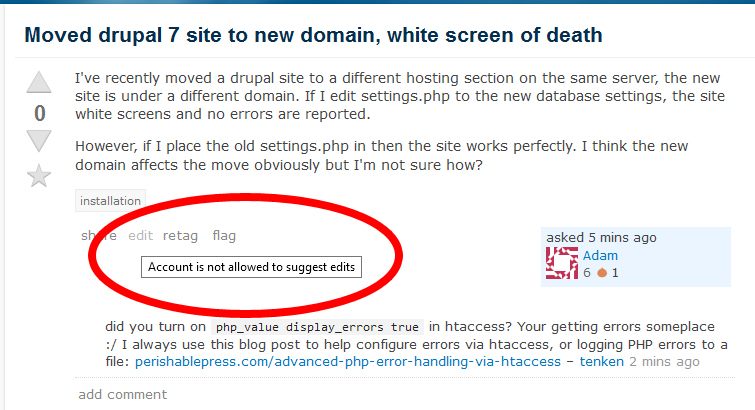 When you don't have the privilege of editing every post, the edit link could be disabled for the following reasons:

In the first case, you would just see the "edit" link disabled for specific posts, not for every posts.

Since I don't see pending suggested edits, or they are not too much, I would guess it is because rejected edits. If that is true, then you are not allowed to suggest further edits for the next 7 days.

As side note, I would suggest not to start suggesting too much consecutive edits. Not being allowed to suggest further edits happened to me too on another Stack Exchange site, and that because I started adding a tag I thought relevant for some questions, when other users thought it was not relevant.
Since suggested edits are not disabled when just four suggestions are rejected, it is better to make few suggested edits per time, and wait those edits are approved/rejected. At least, you can learn from the suggested edits that are rejected, and see if your edits are correct, or well accepted from the community. If you make the same kind of edit (as it happened to me with the questions to which I added the same tag), and that is considered wrong, then you are probably going to be blocked.

Keep in mind that avoiding a user can suggest further edits when consecutive suggested edits are rejected is an automatic action taken from Stack Exchange code; it's not an action taken by one or more users.

Not the answer you're looking for? Browse other questions tagged .

0
Are there any guidelines regarding tag wiki descriptions?

1
How should questions that just suggest to read a tutorial on an external site be considered?
1
Is it ok to edit a older question, to bring it to the homepage, if our query is similar?
2
Look like bug in suggested edit
1
Why Add Image from the web shows error always?
0
How to get Strunk & White badge?
2
Why Suggested Review need 3 reviewers?
4
Show notification for suggested edit
2
Why my reputation Reduced by -1