It's that time of year again. Last year, we participated in Winter Bash 2012.

This year, SE is expanding the promotion to all sites which choose to participate. This event will run from 16 December 2013 to 3 January 2014.

Individual users who don’t want to participate, don’t want to see hats, and/or are generally anti-hat will have an "I hate hats" option available, just as we had last year.

The only visual change to the site itself will be the presence of the hats and the "I hate hats" button in the footer. 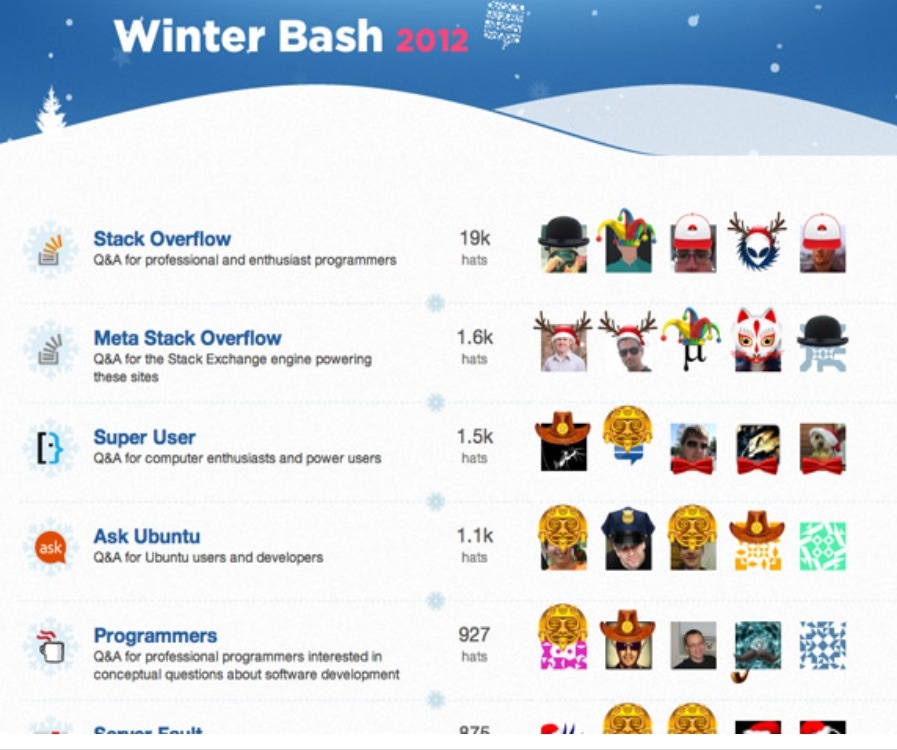 It is simply an amazing concept / event to introduce hats and i have few reasons to advocate my statement:

Drupal Answers can sometimes look a bit stiff for newbies, so, yeah, why not? Cheering up the website for a while sounds fun!