It's that time of year again. Last year, we participated in Winter Bash 2014. Hopefully, by adding this sentence, I can make this different enough to trick the system to not detect it as an exact duplicate question as last years'.

This event will run from 14 December 2015 to 3 January 2016. Users will be able to see their entire hat collection on winterbash2015.stackexchange.com. That site will also have a landing page, explaining the rules and other details of the event.

Individual users who don’t want to participate, don’t want to see hats, and/or are generally anti-hat will have an “I hate hats” option available. And just like last time, at the end of the event, all hats will go back into storage.

The only visual change to the Stack Exchange sites themselves will be the presence of the hats and the “I hate hats” button in the footer. 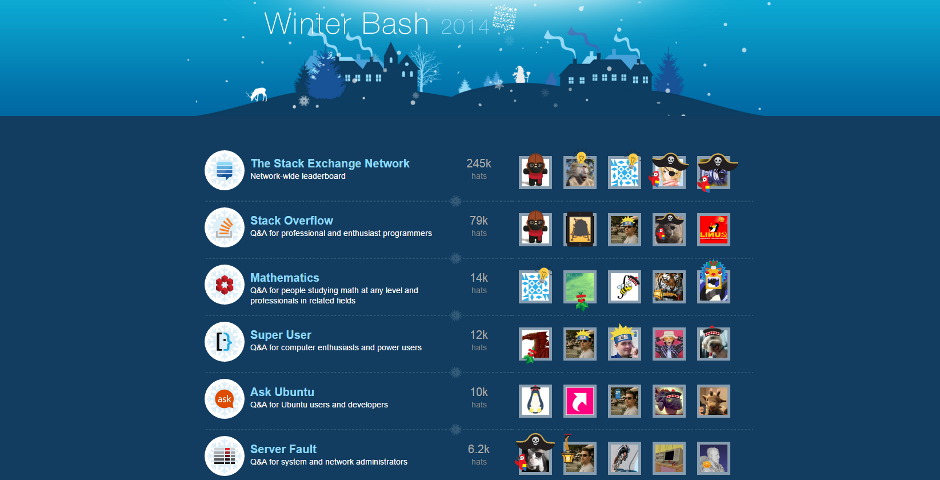 Can't wait for this years!

I really liked the last years one, with rotatable and resizable hats, and really clever objectives. Hopefully this year would be even more awesome. Good luck everyone! 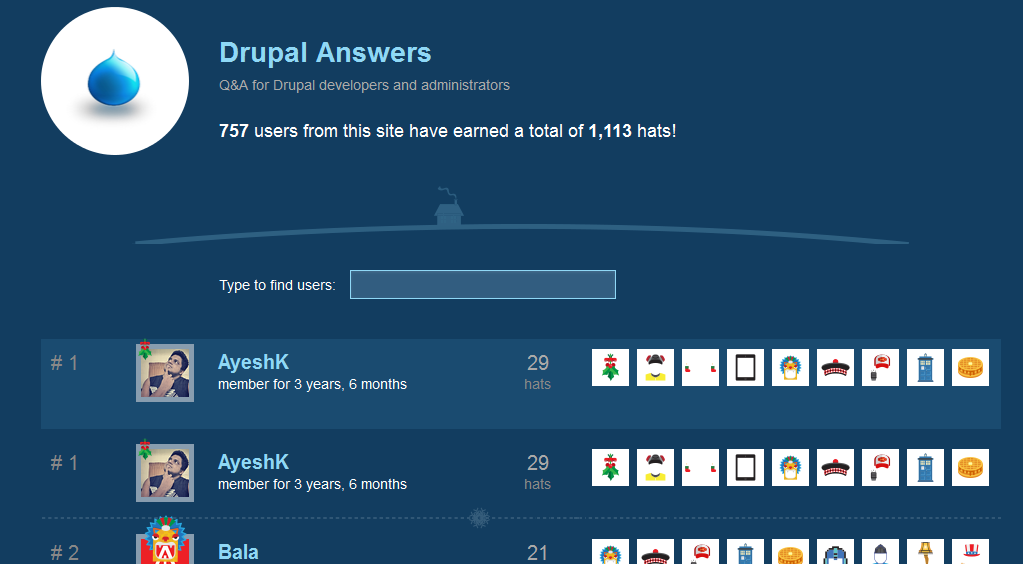 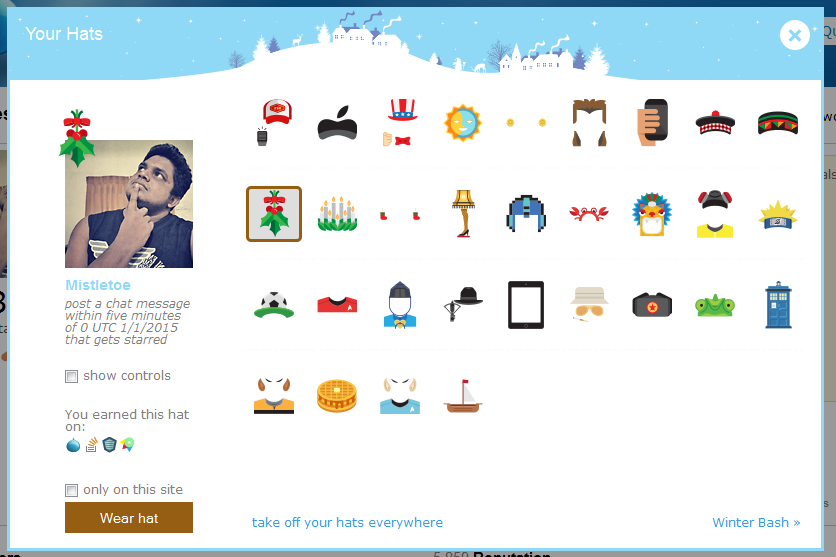 I never had read about this in the SE Community.

At the end we can make a contest to select the user that looks more funny with his/her hat!

Sounds fun! Let's do it! I've never done this before...

Yes ! I am waiting to get this treasure.

Can anybody please put the link that explaining event rules and other details of the event.

I'm a big fan, and have been looking forward to this! Lets do it!