How do you know when a bounty has been awarded?

Is it possible to know when a bounty has been awarded from an answer? Is there any graphic element that shows which answer has received the bounty?

When the bounty is awarded, the answer that won will have a red box underneath its vote total:

You can also confirm where the bounty went (or if it was awarded at all) by checking the question's revision history. For example, on this question, the bounty was not awarded. 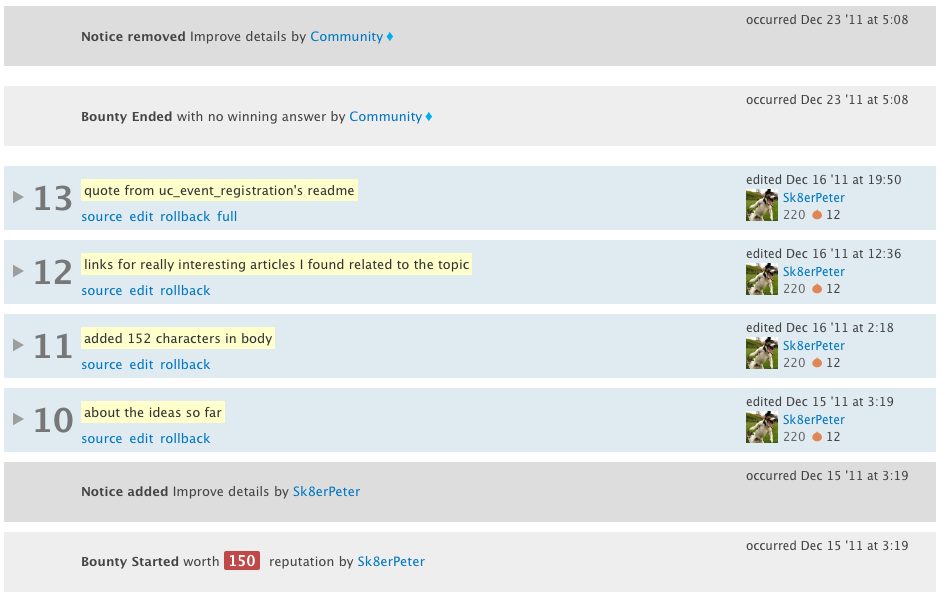 But on this question, the bounty was awarded.

A bounty is not awarded if:

If the bounty if offered from the user who asked the question, the bounty is automatically awarded to the accepted answer, if the answer has been accepted after the bounty was offered.

Not the answer you're looking for? Browse other questions tagged support faq bounties .

2
What is the process for bounties being returned to a user when an adequate answer hasn't been given?
1
I have offered a bounty for my question that has not assigned to any answer. Why?
0
What happens to the bounty on a question that is merged with another?
0
Can I change the bounty value?
4
How can I 'reward' a user with points in a special circumstance?
7
What do we want to do with un-constructive questions that have a bounty on them?
2
I don't fully understand how the bounties works?
1
Un-awarded bounty refunded on deleting post
0
Is it valid to crosspost the same question by offering bounties?
0
Prolong bounty period