How can the Community user approve suggested edits?

I see that the Community user is not a real person, but only a background process. I was just curious to know that how can a process decide whether the suggested edit by the user should be approved/rejected.
Because, if the edit is about grammatical correction of a question, it will require a very good program to process the suggestion and judge it. As per my knowledge, it will require high level of Artificial Intelligence to be implemented for this process. Is it implemented for the process-Community? 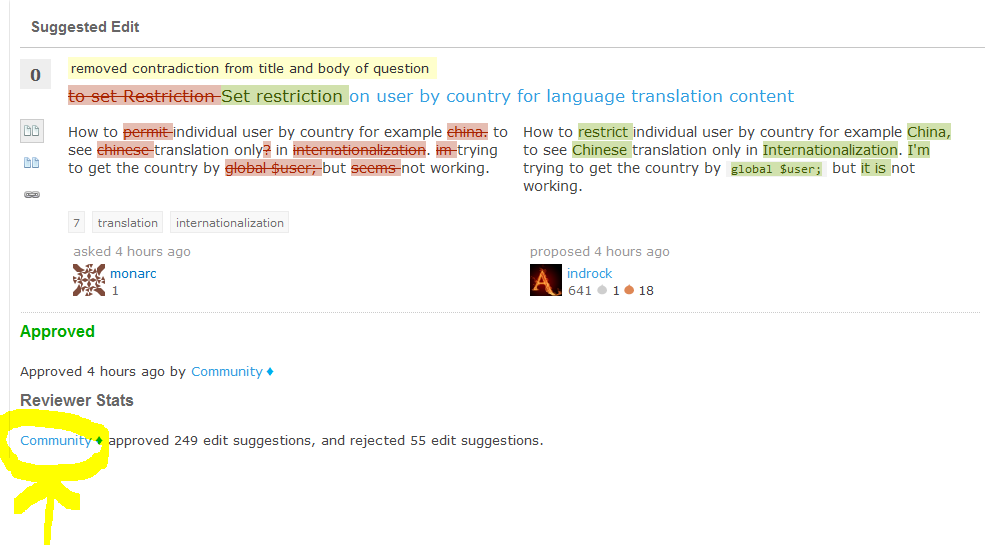 What happens in those cases is that:

Stack Exchange software sees this as if:

The proposed edits that are automatically rejected show a warning when they are submitted; that is what happens, for example, for suggested edits that change just a single character. That is the only moment when code checks the suggested edit.

Not the answer you're looking for? Browse other questions tagged support faq editing community-user .