I cannot vote to close questions

This evening I was trying to close a question, and I noticed I could not. All the times I paste the question ID in the text area, the browser tries to load the previous of the question, but it fails. Since the preview is not shown, the button to vote to close is not enabled.

I tried also pasting the question URL, but that didn't change anything.

I then tried on Meta Stack Overflow, and I close vote to close a question. First I tried with https://meta.stackexchange.com/questions/165895/stackoverflow-and-swearing, and then with Are revenge (non serial) down votes allowed? (without effectively voting to close it).

In the first case, the vote was successfully registered, and I was the first one to vote to close it. (The comment about the duplicate question has my username.) 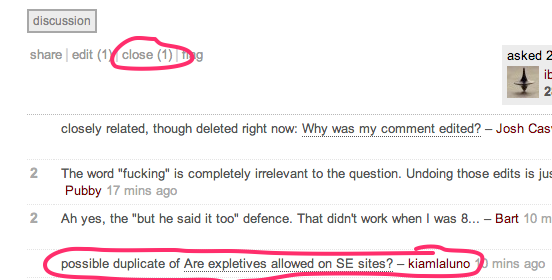 In the second case, the question preview was shown, and I could click on the button to vote. 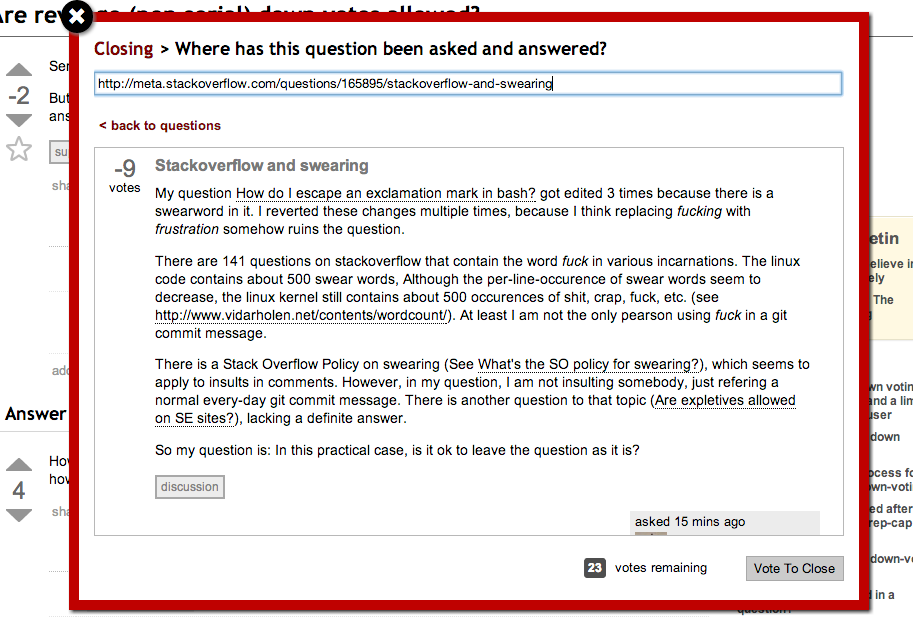 As far as I can see, the only difference is that on Meta Stack Overflow, for the questions for which the closing dialog box was shown, I got a list of question. 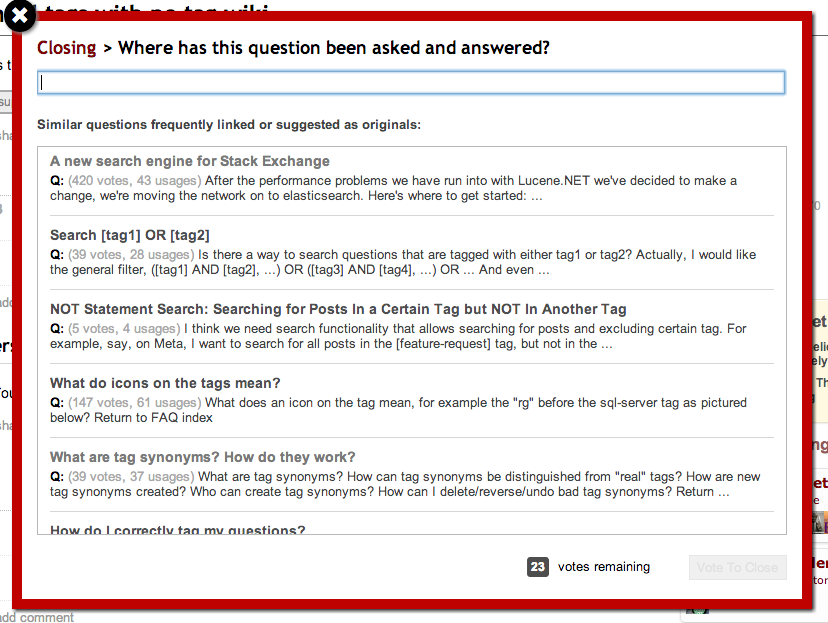 That doesn't happen on Drupal Answers.

This will be fixed in the next build. Sorry for the inconvenience!

Not the answer you're looking for? Browse other questions tagged bug status-completed voting-to-close .

1
Should close votes be cast on unsuitable questions that have been answered?
2
New users cannot post more than one link in a topic but can in comment
1
Should I answer “off-topic” questions before casting a close-vote?
3
How can the Community user close questions?
0
How do I view vote counts?
5
Do we want to lower the close vote threshold?