Why the "too minor" suggested edit reason removed?

Most of the cases for suggested edit reject reason is "too minor", It's very difficult to create each time the custom reason for too minor suggested edits, why it was removed from the reject section ? 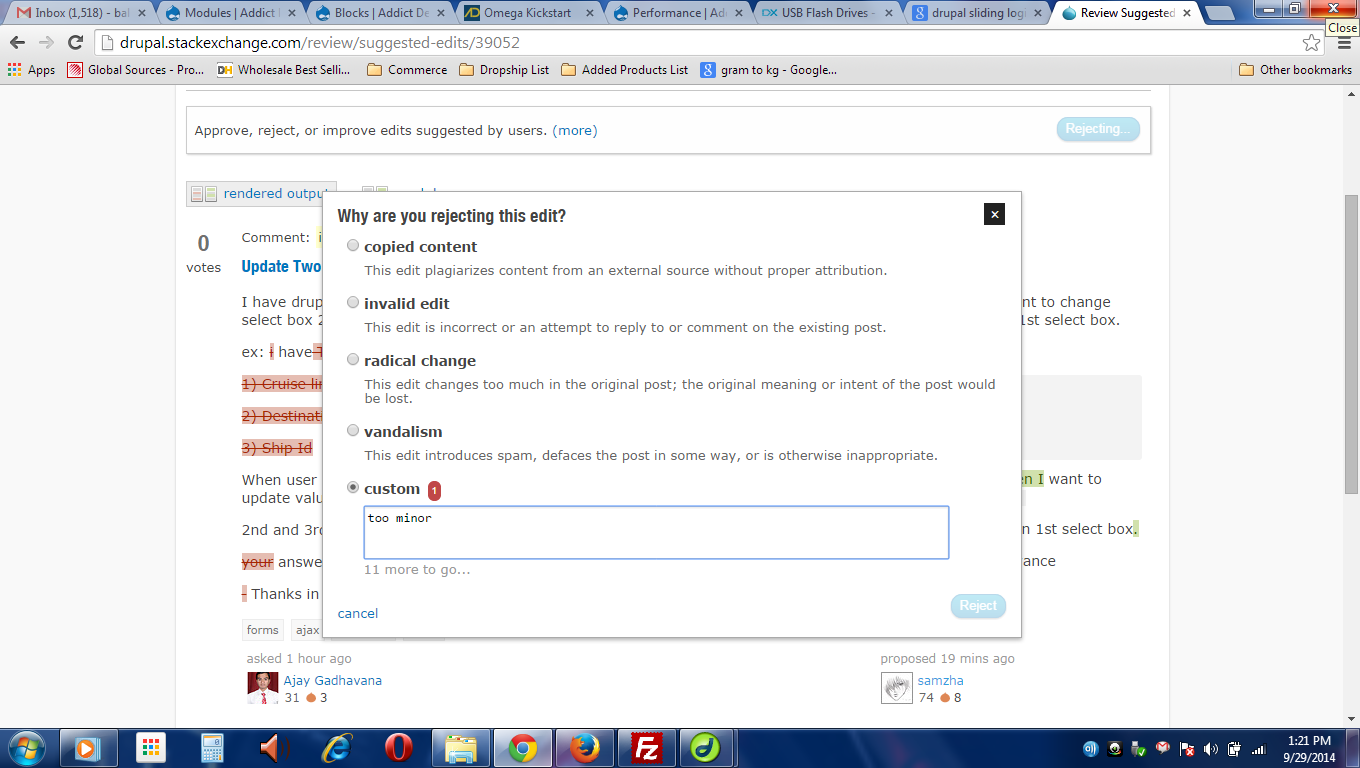 We have been reworking the meaning of "too minor" into something more constructive because it was really prone to abuse and capricious use. The meaning of too minor varied so widely between individuals, folks too often found their good-faith efforts to help rejected out of hand because they didn't go far enough. It became a rep-denial mechanism ("I like your edit, but not enough to reward you for making it).

We recently added a feature to the 'review' system which allows you to both 'accept' an edit while improving upon it further at the same time. On the flip side, you can also 'reject' an edit that causes harm to the post, while making the post better yourself. Both of these features working in concert with the new reject-reasons should go a long way to letting everyone contribute where they can, while not leaving glaring problems residing in the post.

See the discussion about What guidance should be given when edits are rejected? which should be going live sometime soon.

2
Use of 404 pages for users without permission mean links appear to be broken
2
How doesn't flagging a post for removing all the obsolete comments require a moderator's intervention?
0
Why cannot I edit a post on the meta site?
5
How to contact a user to let them know their suggested edits are partially wrong
2
How can the Community user approve suggested edits?
4
Show notification for suggested edit
2
Why was my edit rejected again?